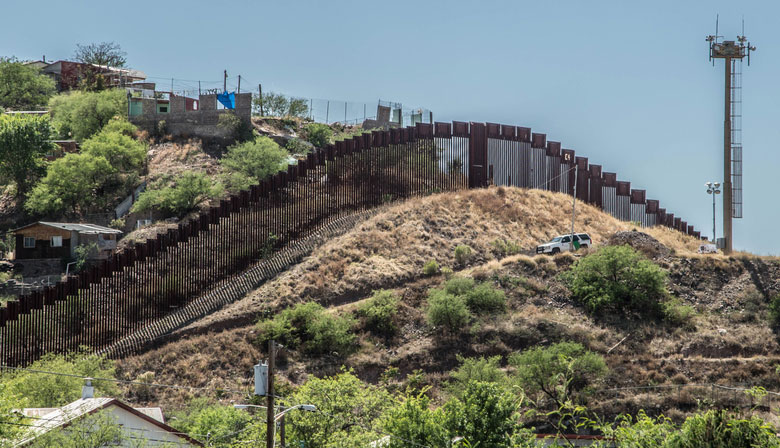 Though illegal immigration has been a concern for federal government and local law enforcement agencies alike for decades, the controversy surrounding which side should enforce immigration laws has recently sparked heated debates across the country.

Immigration and Customs Enforcement (ICE) was created in 2003 to “enforce federal laws governing border control, customs, trade and immigration to promote homeland security and public safety.” The agency employs more than 20,000 people throughout the United States and around the world in 46 countries.

The Orders Came from On High

During the 2016 Presidential election, President Trump, then a candidate, highlighted the immigration problems in the United States. The flood of refugees form war-torn countries as well as the escalation of illegal immigration across the U.S./Mexican border became a hotly debated topic on both sides of the political spectrum.

Since taking office, President Trump has made illegal immigration one of his top priorities, made famous with his ‘build the wall’ catchphrase and executive orders, which so far include issuing deportation orders for those here illegally as well as the implementation of the now-infamous travel ban earlier in the year.

President Trump’s immigration orders focus primarily on deporting illegal immigrants who are convicted criminals, those currently charged with a criminal offense and those who pose a risk to national or public safety as determined by an immigration officer. There are also additional circumstances that can be cause for deportation, including fraud and abuse of public benefits.

Along with the new orders is a Department of Homeland Security effort to expand the 287(g) program which authorizes local and state law enforcement agencies the ability to interrogate and detain undocumented immigrants. The voluntary program was originally authorized in 1996 under the Clinton administration.

The orders have garnered applause from Trump supporters, anger among his detractors and concern among immigrants who fear being ripped from their families. In addition, local law enforcement agencies are taking a stance on whether or not they plan to support the new policies, and just as the country is divided on the topic, so are state leaders and local law enforcement agencies.

Local law enforcement agencies that support the immigration orders can now volunteer their own officers to receive training (on their own dime) to enforce immigration laws. Volunteering officers will be subjected to background checks to be conducted by ICE. Two of Florida’s law enforcement agencies are currently participating in the 287(g) program and support its mission.  The Collier County Sheriff’s Office in Naples, Florida is one of those. Sheriff Kevin Rambosk of Collier County believes his office’s participation in the ICE program is an essential component to keeping the community safe. “Law-abiding people – regardless of their immigration status – don’t want criminals living in their neighborhoods,” said Sheriff Rambosk.

Suffolk County Sheriff Vincent DeMarco reversed his county’s policies on detaining immigrant inmates only under a judge’s orders. Correctional facilities in Long Island’s Suffolk County will now be allowed to detain immigrants for up to 48 hours if they are wanted by ICE. Sheriff DeMarco’s decision came in December, 2016 – prior to Trump’s policy layout and effectively removed his county from the list of those considered sanctuary cities. “I do believe this is good public policy because it focuses on criminals,” DeMarco said. “We’re talking about people who entered the country illegally and have committed crimes and have been convicted of crimes.”

Lake County, Florida Sheriff’s Office was not accepted into the program and though they have no plans to reapply, they will notify ICE of any inmates who “appear to qualify for deportation,” according to Lt. John Herrell.

Other counties in Florida and around the United States say they have no plans to participate in the voluntary program, citing budget and resource issues. “We have our hands full just enforcing laws here to keep our public safety in check in Orange County,” said Sheriff Jerry Demings of Orange County, Florida.  Volusia County, Florida will not be participating in the program according to Sheriff Mike Chitwood, however, it has new guidelines that allow officers to “check citizenship status of repeat violent offenders.”  The officer is then required to notify ICE if the offender is found to be in the country illegally.

Some Police Chiefs and County Sheriffs Say: Not so Fast on the Immigration Orders

In other parts of the country, law enforcement agencies are much more outspoken about their contentions with the notion that the responsibility for enforcing federal immigration laws be heaped on to local police and sheriff’s departments already struggling with limited resources.  LAPD chief Charlie Beck said his department has no plans to work with the Department of Homeland Security (DHS), saying, “We are not going to engage in law enforcement activities based on somebody’s immigration status. “It’s not our job, nor will I make it our job.”

In Alabama, Limestone and Morgan counties said they don’t plan on participating in the program. “That’s one of those peeing on your leg to make you think it’s raining type programs. I’m not interested in it,” said Limestone County Sheriff Mike Blakely.

While most law enforcement agencies haven’t taken a vocal stance on the immigration orders, all law enforcement officers are being put in the middle of the debate between lawmakers, immigration advocates and other special interest groups. Some experts even believe that crime could be driven up as a result of the immigration enforcement orders.  Phillip Goff, co-founder and president of the Center for Policing Equity, believes that fear of deportation will cause people in immigrant communities to avoid reporting crimes to the police. “You don’t call the police, that becomes a breeding ground for illegal activity,” said Goff. He also pointed out that in many communities law enforcement depends on criminals being turned in by family members and friends. According to Goff, when these people fear being turned in themselves because of their immigration status, they will cut off relations with law enforcement, making their work even harder.

Former Salt Lake City police chief Chris Burbank recounted a case where a woman whose child was kidnapped by her ex-husband refused to call police because she feared being deported. In that case, Burbank himself had to get involved and spend time allaying the woman’s fears so that the police could find her child. Opponents of the orders fear that these types of crimes would go unreported and become a common occurrence.

In Athens, Georgia, police Chief Floyd Johnson fears that that the new orders will cause law enforcement to be put into the sticky situation of profiling. “The problem for us was how do you, without being in a profiling-type stance, how do you say this guy or that guy looks illegal?”

Johanna Calle, program coordinator for the New Jersey Alliance for Immigrant Justice echoes Johnson’s concerns. “Are they going to go into communities that are mostly immigrant? Are they going to stop anyone who looks like they might be undocumented?” asked Calle.

Whether or not these are valid concerns, public perception of law enforcement can certainly be jaded for those who believe profiling will become a standard weapon for law enforcement.

Regardless of how law enforcement officials might personally feel about the immigration orders, many feel their hands are tied.  In New York, Mayor Bill de Blasio has vowed to defend everyone in his city, “regardless of their immigration status.” Mayor de Blasio called the policy “un-American” and like Goff, believes that it will damage relations between police and residents. In Boston, Mayor Martin J. Walsh not only vowed to protect illegal immigrants but said if he had to he would shelter immigrants in Boston’s City Hall to protect them.

In Chicago, Mayor Emanuel promised the Windy City would remain a sanctuary city, telling all immigrants, “…you are welcome in Chicago as you pursue the American Dream.”

Both sides of the immigration argument have qualitative reasons for their individual stance. In most cases, it will be up to individual law enforcement agencies to determine how they want to approach the orders.

President Trump’s vow to repeal federal funding to cities and states that violate his orders will likely play an important role in each agency’s decision. In the end, law enforcement will be left with an immediate need to ramp up community relations to gain or keep the trust of the immigrant population. Without this trust, law enforcement will surely lose an important source of crime prevention.